To honor the memory of Vito Volterra and Jacques Friedel, the Italian Physical Society (SIF), together with the Société Française de Physique (SFP), awards a prize for a physicist involved in some Italian-French collaboration, in recognition of distinguished work in Physics research carried out within the past 10 years.

The prize has been jointly established in 2016 by the two Societies with the aim to commemorate the two eminent scientists as well as to strengthen the relation- ship between the two Societies. The prize will be awarded on an annual basis and will be alternatively announced by the SIF and SFP, respectively.

The 2022 prize is announced by the Italian Physical Society. The terms and eligibility are as follows:

2) Motivated nominations for the “Friedel-Volterra” Prize can be made by any SIF Member by downloading the nomination form here. Each nomination with full attached documentation must be received by electronic mail at the following address: premio.friedel-volterra@sif.it by NEW DEADLINE 20 May 2022.

3) In case of delay in the reception of the nomination form with the attached documentation, whatever its cause, the nomination will be deemed invalid.

4) The winner will be selected by the SFP Council from a list of no more than three finalists proposed by the SIF Council from amongst the candidates. The decision of each Council can not be challenged.

5) The Prize of Euro 3.000,00, a medal and a certificate shall be awarded to the winner at an SFP prize-giving ceremony to be organised by the SFP.

Winner
Pasquale Dario SERPICO
Citation
For seminal and extremely diverse contributions to the theory and phenomenology of phenomena in particle cosmology and high-energy astroparticle physics. 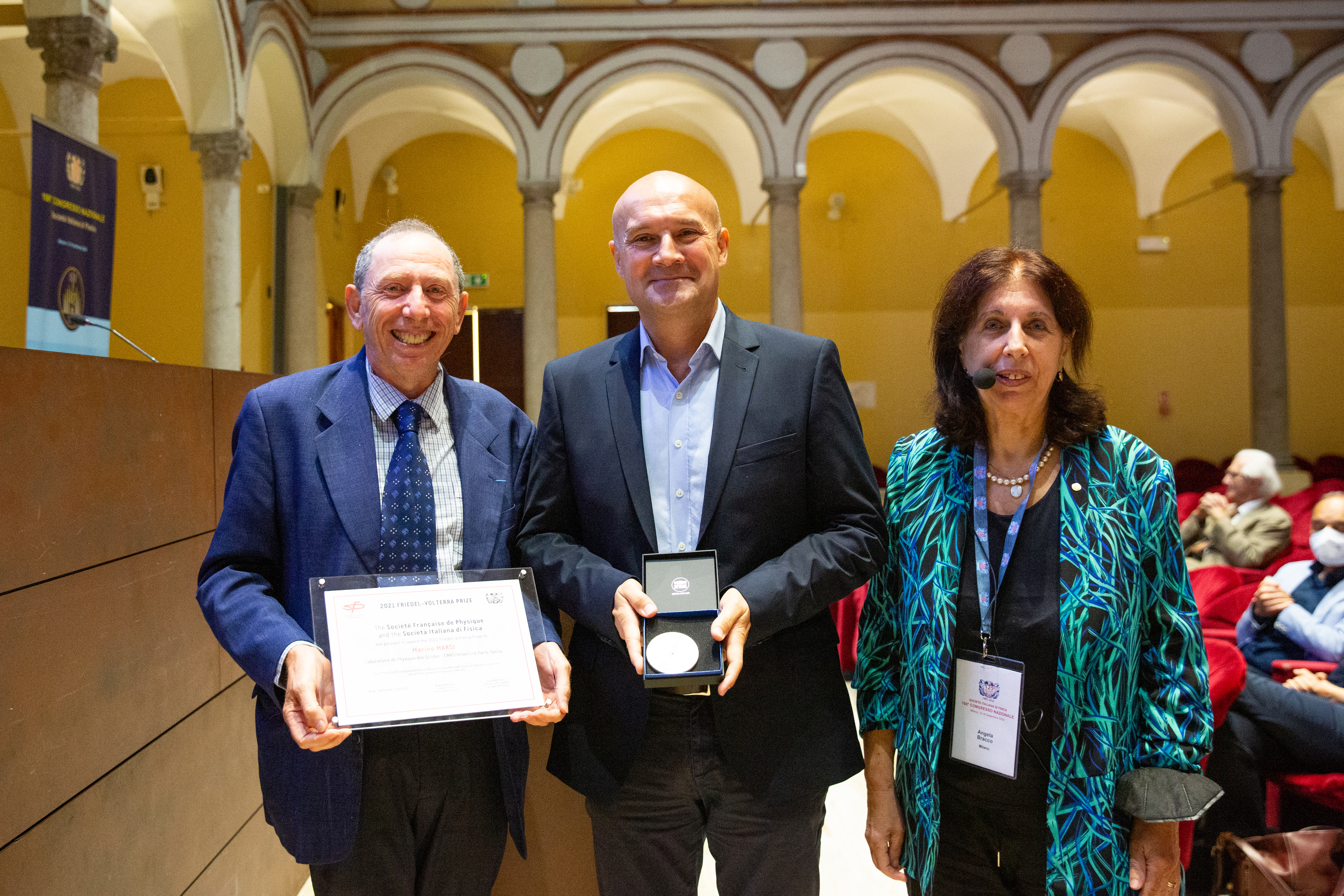 Winner
Marino MARSI
Citation
For for his breakthrough results on electronic properties and ultrafast dynamics of quantum materials. 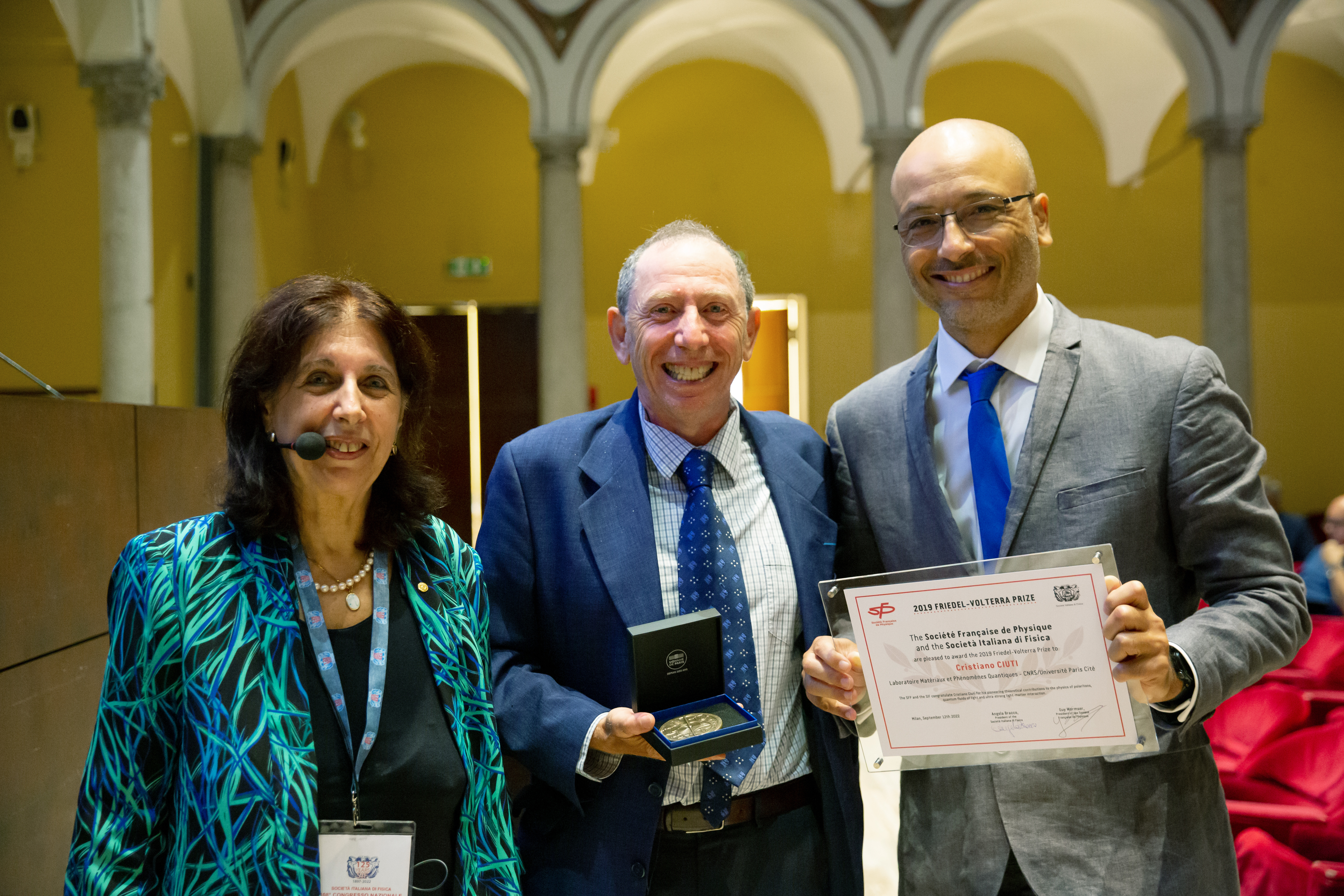 Winner
Francesco SETTE
Citation
For outstanding scientific results thanks to exceptional instrumental innovations using synchrotron radiation and for being the conceiver and the promoter of the ESRF upgrade program to transform the European Synchrotron Radiation Facility (ESRF) into a synchrotron light source with the highest ever brilliance in the world and upgraded beam lines that will allow unprecedented scientific and technical features for X-ray experiments. Winner
Gabriele VENEZIANO
Citation
For having been at the origin of string theory and for having pioneered its applications to primordial cosmology, the Big Bang, and the issue of the beginning of time.