To honor the memory of Giuseppe Occhialini, the Italian Physical Society (SIF), together with the Institute of Physics (IOP), awards a prize for a physicist mostly based in Italy in recognition of distinguished work in Physics research carried out within the past 10 years.

The prize has been jointly established in 2007 by the two Societies on occasion of the Centenary of the birth of Giuseppe (Beppo) Occhialini with the aim to commemorate the eminent scientist as well as to strengthen the relationship between the two Societies. The prize will be awarded on an annual basis and will be alternatively announced by the SIF and IOP, respectively.

The 2022 prize is announced by the Italian Physical Society. The terms and eligibility are as follows:

2) Motivated nominations for the “Giuseppe Occhialini” Prize can be made by any SIF Member by downloading the nomination here. Each nomination with full attached documentation must be received by electronic mail at the address premio.occhialini@sif.it by NEW DEADLINE 20 May 2022.

3) In case of delay in the reception of the nomination form with the attached documentation, whatever its cause, the nomination will be deemed invalid.

4) The winner will be selected by the IOP Awards Committee and confirmed by the IOP Council from a list of no more than three finalists proposed by the SIF Council from amongst the candidates. The decision of each Council can not be challenged.

5) The prize will be conferred on occasion of the next 108th National Congress of the Italian Physical Society, to be held Milan, 12-16 September 2022. The Prize of Euro 3.000,00, a silver medal and a certificate shall be awarded to the winner at an IOP prize-giving ceremony to be organised by the IOP. 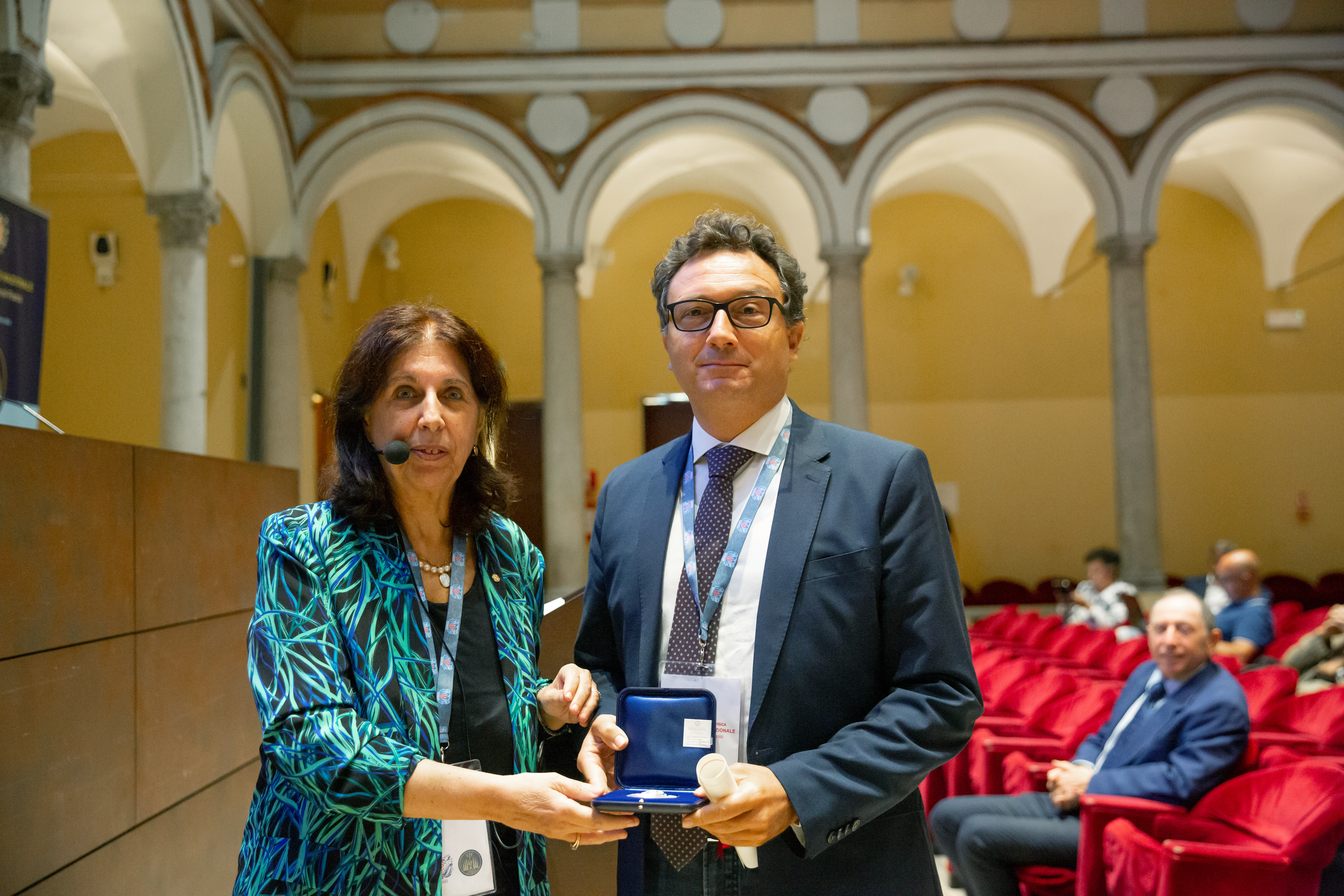 Winner
Mario NICODEMI
Citation
For his innovative, fundamental contributions at the frontier between physics, biology and genetics to understand the mechanisms of chromosome folding and their role in gene regulation in health and disease.

Winner
Marialuisa ALIOTTA
Citation
For her major contributions to nuclear astrophysics experiments, in particular to the study of key hydrogen-burning reactions relevant to quiescent stellar evolution and nucleosynthesis, in the framework of the international LUNA experiments at the Laboratori Nazionali del Gran Sasso, INFN.

Winner
Marica BRANCHESI
Citation
For her vision in bridging the observational astronomy and experimental gravitational wave physics that anticipated the majestic discovery of GW170817, when a flash of multicolor light was emitted concurrently with the long searched gravitational wave signal.

Winner
John D. BARROW
Citation
For contributions to cosmology, gravitation and the use of astronomy to extend our understanding of the constants of Nature and constrain their possible variation in time. Winner
Elena PIAN
Citation
For the first detection, with the ESO Very Large Telescope equipped with the X-shooter spectrograph, of r-process nucleosynthesis in the optical/infrared counterpart of a gravitational radiation signal due to a binary neutron star merger Winner
Michele VENDRUSCOLO
Citation
for having brought physics and biology together in innovative ways to make highly influential contributions to the understanding of the fundamental principles of protein aggregation, solubility and homeostasis Winner
James Jeffrey BINNEY
Citation
for his work on galaxy dynamics, in particular for developing an understanding of how galaxies exchange gas with the intergalactic medium and how this exchange controls the evolution of galaxy morphology Winner
Alessandro TREDICUCCI
Citation
for his innovative contributions to the realisation of terahertz heterostructure devices. Winner
Silvia PASCOLI
Citation
for her major contributions to the study of, and leadership in, the field of neutrino phenomenology. Winner
Eugenio COCCIA
Citation
for his major contribution to the realization of the first long term observatories with cryogenic and ultracryogenic detectors of gravitational waves, and for his international role in the gravitational wave community and in the broader community of astroparticle physics. Winner
Ignazio CIUFOLINI
Citation
for providing further experimental confirmation of Einstein's theory of General Relativity through the use of laser-ranged satellites to study and measure frame-dragging. Winner
Gaetana LARICCHIA
Citation
for distinguished work on experimental positron physics, in particular for developing and using the world's only positronium beam. Winner
Francesco VISSANI
Citation
for his distinguished contributions to neutrino physics and, in particular, to the phenomenology and theory of neutrino mass and mixing. 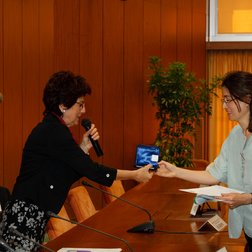 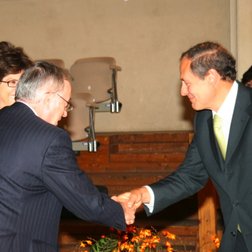